Types Evidence: When it comes to hearing cases in the Court of law, Evidence acts as the only source to prove a crime. Evidence comes from the Latin word “evidere”, which translates to proof or show clearly the existence or happening of specific events. Evidence is considered an essential source of proving a crime in the Court of law.

The Indian constitution has a separate act for evidence, known as the Indian Evidence Act, which throws light on how and which evidence can be produced in front of the Court of Law while hearing a case. It also provides a list of all the acceptable or unacceptable evidence in the Court of Law. There are various types of evidence that are mentioned in the Indian Evidence Act. In this article, we will discuss each type of evidence in detail.

What is an Evidence?

Evidence can be defined as any element of information or fact that indicates the happening or occurrence of a specific event. Evidence means to show, prove, or discover facts of particular circumstances. Evidence acts as a strong source to prove the guilt and convict a person in the Court of Law.

Oral Evidence refers to all those statements of proof that witnesses give in the Court of Law. All the Oral evidence to be presented while hearing a case must be approved or mentioned in the Indian Evidence Act. Section 59 of the India Evidence Act states that all the statements except those mentioned in a document or present in electronic records can be considered Oral Evidence in the Court of Law.

Suppose witnesses cannot give their statement orally due to physical disabilities-,. In that case, there are provisions in the act that suggest those witnesses can give their statement in writing or any other way, which would fall under oral evidence. According to the Indian Evidence Act, oral evidence given in any other format by witnesses with speaking disorders cannot be dismissed or disbanded based on the non-submission of medical reports for such disability.

The Indian Evidence Act, in its section 60, suggests the following rules and regulations for a shred of Oral evidence:

According to Section 3 of the Indian Evidence Act, documentary evidence refers to all those documents, including electronic documents or records submitted in the Courtroom for the verification or validity of a case. According to the Evidence laws, documents are divided into two categories; Public Documents and Private Documents.

Now, the question is What is Primary and Secondary Evidence? Let’s discuss each one in detail.

Secondary evidence is the supporting document presented before the Court of Law in the absence of the Primary Evidence. Section 63 of the Indian Evidence Act states the contents of Secondary Evidence, which are as follows:

Real Evidence, also known as Physical Evidence, is the subject or facts that the Court can see or touch. Real Evidence includes objects or items that are physically presented before the Court of Law for inspection. Examples of real evidence can be fingerprints, blood samples, weapons or instruments used in the crime, or other physical objects. Real evidence has a superior advantage over any other form of evidence. However, the item of real evidence must be authentic. 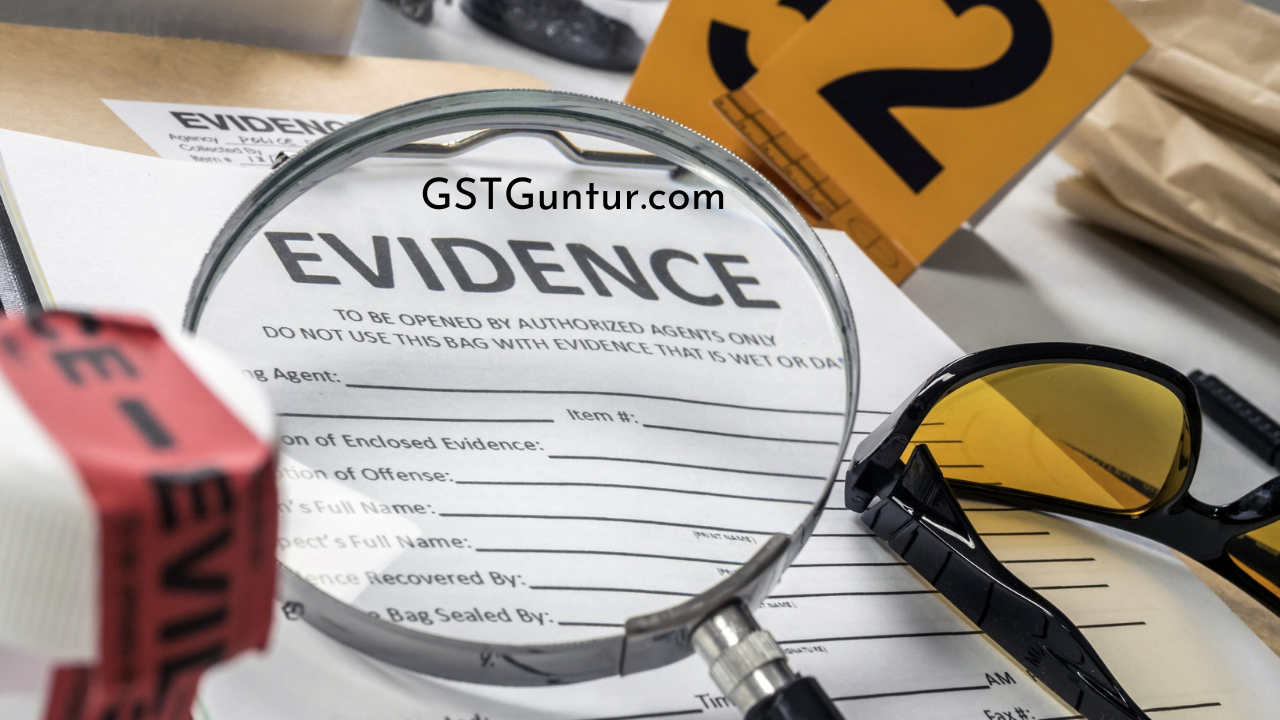 Hearsay is another type of evidence that is considered as indirect evidence in the Court of Law. Hearsay evidence refers to statements given by witnesses that are not based on their personal knowledge or experience but on what they heard from others regarding the fact or case. The statement of such a witness is unacceptable to prove the validity of the fact.

Hearsay evidence is not acceptable in the Court of Law for the following reasons:

However, there are certain exceptions to the Hearsay evidence, they are:

Direct evidence refers to that evidence that will prove the fact without the interpretation of the circumstances. It includes all those pieces of evidence directly related to a specific case and does not require the Judge to make assumptions to reach conclusions. For example, in a shoot-out case, the eyewitness who saw the accused fire at the victim can serve as Direct evidence. Footage of a security cam showing the proof of a crime can be direct evidence.

Circumstantial evidence, also known as Indirect evidence, refers to those objects or facts that rely on a medium of connection to reach the final conclusion in a case. An example of Indirect evidence can be a fingerprint obtained from the crime scene.

Circumstantial evidence plays a vital role in criminal and civil cases with a lack of Direct evidence.

Pieces of evidence play a significant role in proving the happening or non-happening of specific events. They act as the guiding light in proving the guilt or innocence of a person convicted in a criminal case.