HRA Exemption Calculator To Calculate One’s HRA Deduction: House Rent Allowance, or well-known as HRA, is an amount that employers pay to employees as a part of their salaries. This is done as it helps provide employees with tax benefits towards the payment for accommodations every year. How much HRA has to be paid to the employee is made by the employer based on a number of different criteria such as the salary and the city of residence.

How Is Exemption On HRA Calculated?

Exemption on HRA is calculated according to 2A of Income Tax Rules. According to Rule 2A, the least of the following is exempted from one’s salary under Section 10(13A) and doesn’t form part of the taxable income.

How Is One’s HRA Taxed?

When the payment of rental expenses is higher than ₹ 1,00,000/- annually, it is compulsory for the employee to provide the PAN number of their landlord when filing the income tax returns.

Let’s understand the HRA component, which would be exempted from one’s income tax by an example.

Ms. A, employed in Delhi, has rented an accommodation for which she pays a monthly rent of ₹25,000. She receives a Basic Salary of ₹45,000 and DA of ₹7,000 monthly, which forms a part of her salary. She also gets an HRA of ₹ 1 lakh from her employer during the year. 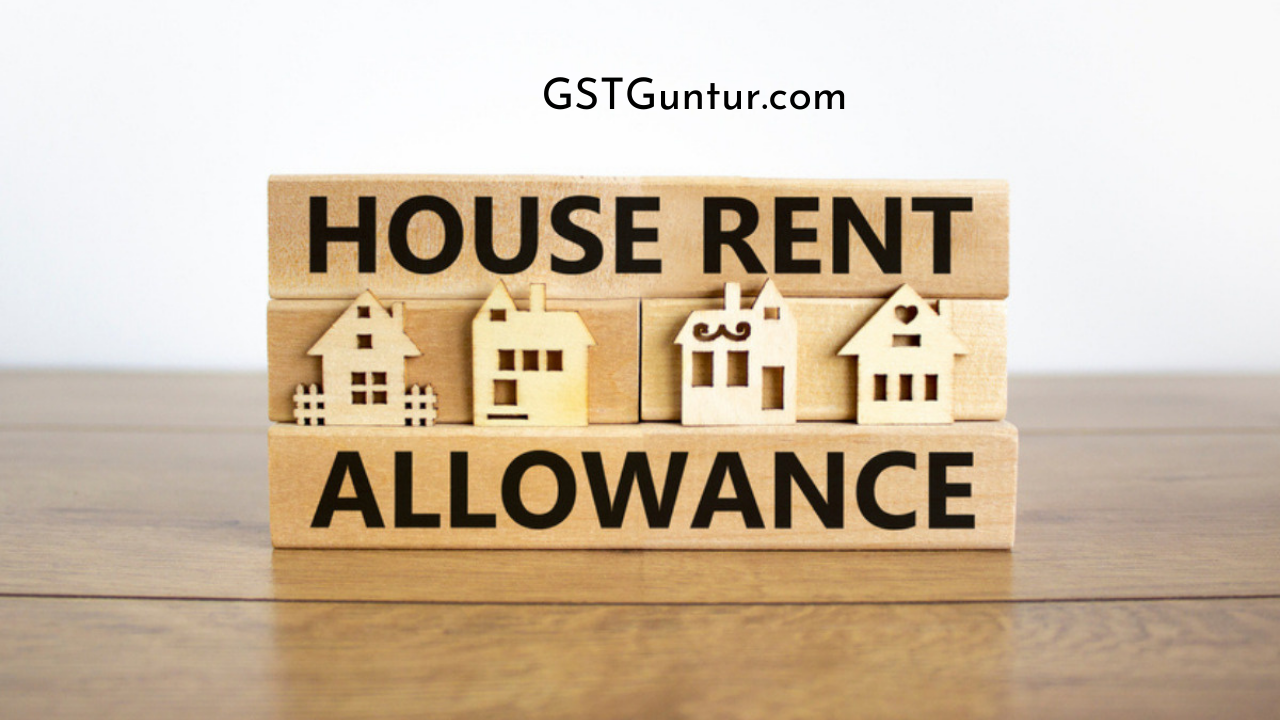 HRA or House Rent Allowance serves as a vital component of one’s salary. It states the total amount given by the employer towards the employee’s accommodation as rent.

The amount allocated for HRA proves beneficial for the employee as it is calculated for tax deductions in a particular financial year. Also, HRA helps in reducing the taxable income that one is liable to pay.

The tax benefits related to HRA are only applicable to the salaried individuals who stay in any rental accommodations. If an employee stays in their own house, they are not eligible to claim this amount for tax deductions.

Calculating HRA is based on several factors, such as the entitlement to 50% of the basic salary in case the employee is living in a metro city and 40% if he/she stays in other cities. The calculation for HRA of tax benefit is considered under any of the following three stated provisions: