Taxability in Special Cases under House Property: House property can be anything from your own home to a shop or your office. If there is any land attached to any building (a parking lot, for example), it also comes under house property.

There is no difference between residential property and commercial property according to the Income Tax Act. However, such taxes are subject to some exceptional circumstances as well, which have been discussed in details for you:

Suppose the house property has been occupied by the owner himself and uses it for his residential purposes, then in such a scenario. In that case, the annual value of that property is nil. Under this section, there will be no deductions, like the rent or municipal tax.

There are two additional conditions under this. The first one is that the particular house has not been let (neither in part nor whole) in the previous year. The second condition is that there is no benefit derived from it by the owner.

For example, Mr. A owns a house. During the previous year, 2019-2020, this house was occupied by him entirely, and not even a part wa`1qa s let out. Then in this scenario, the property value is zero.

There is another special scenario when the owner does not actually own the house property. This is because he/she is employed elsewhere or is carrying out their profession or business at a different place.

Consequently, he/she has to reside in a different property that he/she doesn’t own. In this case, the annual value of that property is nil. This also comes under few conditions, like the property in question is not let out in the entire time of his/her stay outside (neither in parts nor in whole).

There is another scenario where a person can have more than one property that he/she uses for residential purposes. In this case, the person in focus is given an option where he is allowed to treat one of the houses as his own or for self-occupation.

If he/she chooses this option, then the other properties will be considered ‘let out’ and will be subjected to customary taxing norms, which are mentioned under section 23(1)(a).

The house that he/she is considering for self-occupation, its annual value will be nil. He/she is also given the option to change his choice every year. The person should make his choice wisely, in a way that he/she incurs a minimum tax. 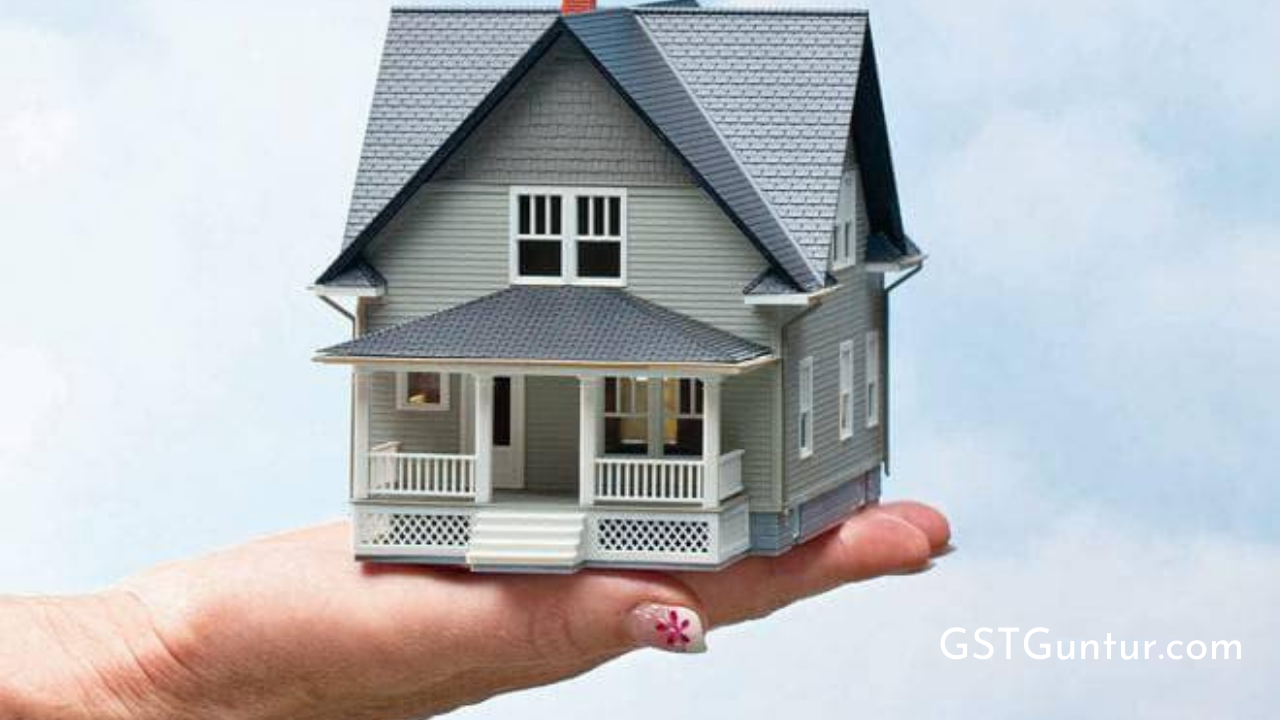 Calculating the income from a house property that is co-owned, and each of the sections is self-occupied by the co-owners themselves

Under this exceptional scenario, the property under each co-owner will be assigned no annual value. Each of the co-owners, in this case, will be able to avail a deduction under section 24(b). This deduction amount can range from INR 30,000 to INR 1,50,000.

Calculating the income from a house property that is co-owned, but the sections are not self-occupied by the co-owners and have been let out in parts or whole

Under this scenario, the first thing that would be done is to check if a single owner owns the property. Then the income will be computed next, and each of the co-owners will get their apportioned income, on which they will have to pay.

Calculating the income from a house property that has more than two residential units, and some are self-occupied while one or more are being let out

For example, the first floor is being self-occupied in a building while the ground floor is being let out. In this case, the entire property will not be treated like one unit. The income that is coming from the unit which is let out, i.e. the ground floor, will be computed differently. Even municipal taxes or interests will be calculated differently for the two sections, as mentioned earlier.