Indian Marathons: Marathons in India are a lot of fun and a perfect way to stay fit. Running just over some miles will put anyone’s determination and commitment to the test. Most of the marathons in India are organized to raise funds for charities or for a non-profit organization to benefit the people in need. Also in the recent trends, we see that many organizations are investing money in Marathons either for the prestige and publicity of a permanent corporate sponsorship, or just to get an easy, lucrative return on investment since long-distance runs are so costly, time-consuming, and in-demand in India. So what does a marathon do with all this registration money and why it is so expensive to participate in a marathon in India. Read on to understand the economic side of the Indian Marathon in the article.

Why Indian Marathons Are So Expensive?

There are several organizations that host marathons in India from time to time. Also, there are big and small marathon events to choose from. There’s a marathon for everyone, from those looking for a nice time to those looking for a challenge. Based on the type of the marathon, the registration fees would be decided by the organizers. Marathons in India are typically costly due to their popularity, distance, venue, rental costs, labor costs, and so on. So if you are enrolling for a marathon which is famous and covers long distance will cost you more to participate.

Just to participate in an Indian Marathon that is organized in cities costs so much of your money. Have you ever wondered why is this happening? As mentioned above, the cost of registration fees in a marathon depends upon the popularity and venue where it takes place. Most of the marathons in India which are held in cities are too expensive because of the following reasons.

Marathons In India Are Expensive Because of Supply and Demand

Marathons in India are really short in supply and this is the main reason it tends to cost more. Since there is such a strong demand for a famous marathon in a crowded city, it can command a high price. We all know that people who live in large cities can be extremely wealthy. Marathon organizers are well aware of this. As a result, if enough wealthy people want to participate in the marathon, the organizers will charge whatever they want. So, Marathons in major cities will cost upwards of Rs. 3,000 just to Register. But when you add in that good pair of running shoes, clothing, transportation, and lodging, then it would cost more than Rs.10,000.

Marathons In India Are Expensive Because of Venue

As mentioned above, the cost of the marathon is decided by the marathon organizers based on the location, where the Marathon takes place. For example, the marathon held in Ladakh is one most popular marathons in India, since the race running route is covered with the most attractive scenery providing a racer with breathtaking views while running. So it depends on the race location of the venue where exactly it takes place.

While running in a marathon race, we see a lot of people on the race route guiding and encouraging us to run. These people are called Marathon Racecourse attendants. Generally, hundreds of people will normally assist us while running in the marathon path. So, some amount of your registration fee will also be contributed to these volunteers.

The medical staff for a marathon is crucial. During a marathon, people suffer from a variety of running injuries. Extreme cramping, passing out, pulling muscles, and slight cuts and abrasions are just a few examples. So to help the racers with a medical emergency, these medical staff are appointed. And to pay this medical staffs, some amount of registration fee is contributed.

Apart from the registration fees, one will have to spend some amount of money to purchase the necessities while participating in the race.

Expenses Spent Before Running Indian Marathon: You’ll need to put some money down before the race even starts. Before running in the marathon you might need to buy running kits, shoes, and supplements, and so on. The cost of running shoes might cost you more than Rs.5,000. Similarly, clothes, running googles might also cost you more than Rs.10,000.

Expenses Spent While Running Indian Marathon: Energy drinks intended for long runs can be much more expensive than normal sweets. You can substitute energy drinks with chewable race supplements. Another factor to keep in mind is that food at the marathon can be much more costly than it is elsewhere. Sellers can charge even more for food within the marathon area because they know you’ll need it. So now you would have got a fair idea of why marathons in India are expensive and how they are spending your registration fee in various ways. Now let’s take a look at the list of Marathons that are held in India along with the registration fee to participate in it.

The list of marathon and their registration fees has been tabulated below:

Due to the sudden surge of COVID-19 cases and pandemics in the country all the ongoing and upcoming marathons are canceled in India. So people who are in search of the Indian Marathon calendar or events will have to keep an eye on the event organizers’ official website to get updates from time to time. 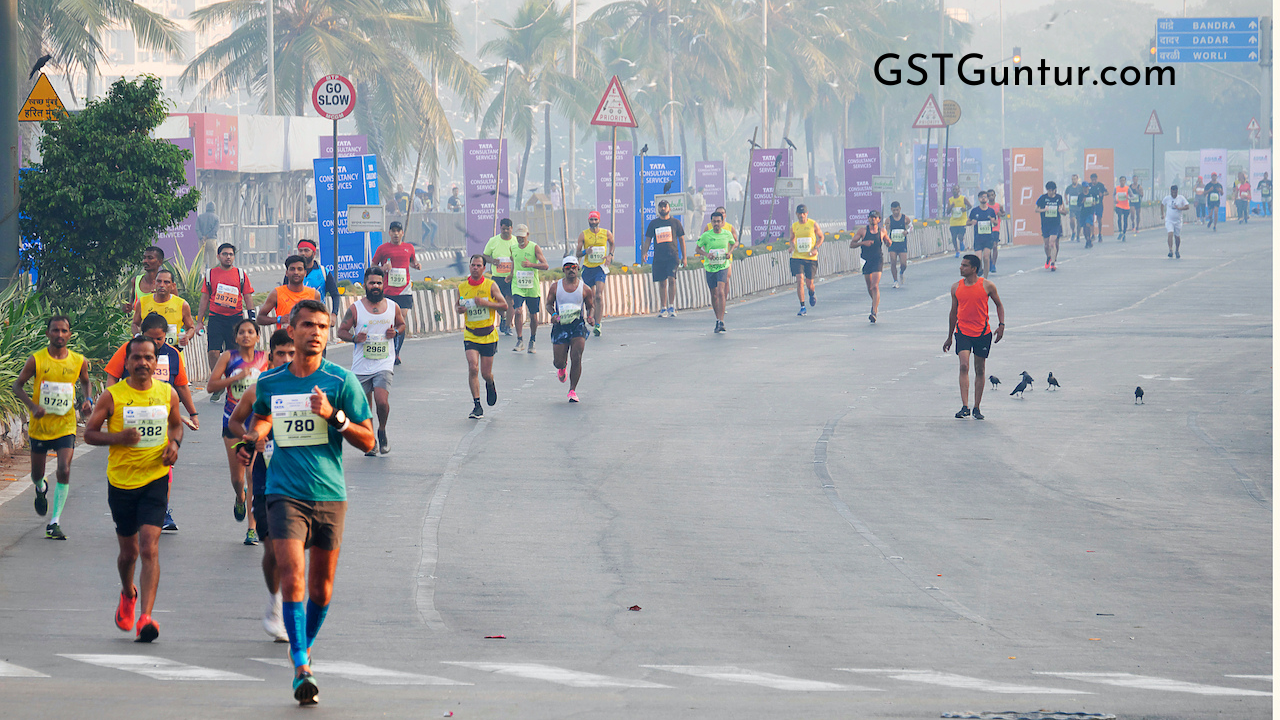 The frequently asked questions on Indian Marathon expenses are given below:

Question 1.
Can you make money running marathons in India?

Answer:
Yes, all the marathon organizers will announce the amount of prize money before hosting the running race. Racers who are considered winners will be awarded prize money. So you can earn money by running marathons in India, only if you recognized as the winner.

Question 3.
How much should a person spend if he is participating in a marathon?

Answer:
Running in a marathon will cost more than Rs.5000 which includes registration fees, running shoes, sports clothes, gadgets and much more.