GST Input Tax Credit?: A tax credit implies that a manufacturer was able to compensate against a tax liability. In other words, the taxpayer is given an opportunity to skip a particular portion of the amount of tax he owes to the concerned authority.

What exactly is the Input Tax Credit or the ITC?

An input tax credit is a phenomenon that permits the taxpayer to reduce a certain amount of tax payable on the inputs with respect to the tax paid on output.

The taxpayer will be eligible to deduct and claim Credit for the amount of the input tax in the course of settling the output tax. To put it in simple words, if any supply of services or goods is offered to an individual who is considered for taxation, the GST imposed is termed as the Input Tax.

What are the SGST, UTGST, CGST and IGST

The State Goods and Services Tax commonly referred to as the SGST, is the taxation system that is categorized under the individual state governments. Therefore, sales or purchases carried out within the jurisdiction of a state are liable to implementing the SGST.

The rate of SGST is the same as that of the CGST and applied simultaneously with it.

The Central Goods and Services Tax, commonly referred to as the CGST, is a tax issued by the government regarding indirect tax.

It is an intrastate tax, i.e., it is liable for transactions within the boundaries of a particular state.

The central government depository is responsible for the collection of the tax amount under CGST.

The CGST is levied in place of other previously implemented taxation systems under the government, which include the-

However, there is one difference- the tax collected is delivered to the depository of the government of the union territories, which is the location of the use of the service or the goods which have been assessed under the tax.

UGST is charged under equal rates as that of CGST. It is assessed together with the CGST. However, one should note that only the UGST or the SGST are issued one at a time along with the CGST.

The Integrated Goods and Service Tax or the IGST is a taxation system applicable for interstate transactions.

The main difference it has with the other tax systems is that contrary to IGST, all the other taxes are intrastate.

The IGST rate is roughly an estimated equal to the sum of the CGST and the SGST rates.

Which Category Of Individuals Fall Under Input Tax Credit Scheme?

Adhering to the rules as specified in Section 18(1) of the CGST Act, 2017, the following group of individuals are considered under the Input Tax Credit scheme-

Any licensed individual shall be entitled to take credit for input tax charged on any supply of products or services used or intended to be used in their company centred on some of the tax-paying records mentioned below:

Therefore, ITC charged in one state should not be identified with an available individual’s organization in another state, despite the fact that the individual in question is the same person considered for taxation.

Persons That Are Not Eligible for the Input Tax Credit

The Time Deadline To OPT for Input Tax Credit

The input tax credit will be inquired for the previously mentioned circumstances only if it doesn’t surpass one year from the tax invoice date of issue relating to supply.

In all other instances, ITC must be asserted prior to the earliest of the following-

The Following Situations Do Not Qualify for an Input Tax Credit under section 17 (5).

What is the qualification for the claim of the input tax credit on inputs in funds for a taxpayer in case they opt for voluntary registration?

The individual who obtains voluntary registration is allowed an input tax credit for input tax on stock, semi-finished goods, and finished goods in stock.

The primary condition that needs to be followed is that the goods need to be stored precisely on the day preceding the registration request. 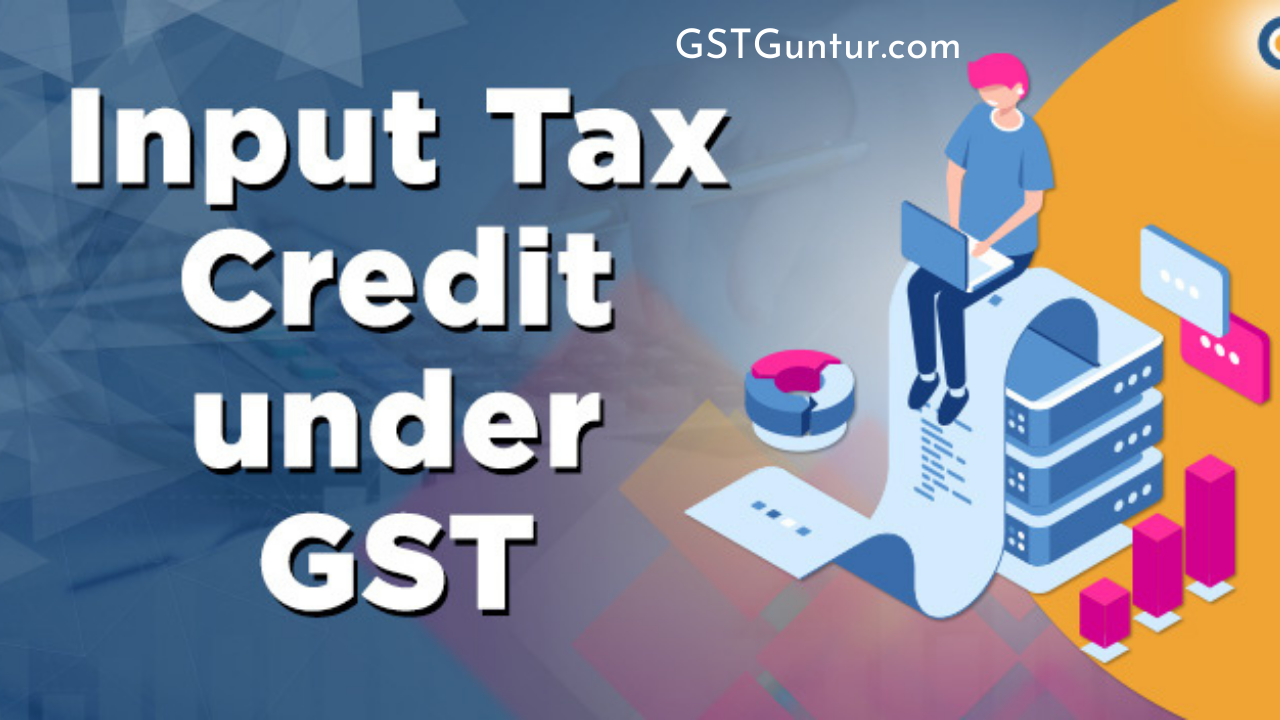 In what Way can one Utilize the Input Tax Credit?

An eligible taxpayer should only practise input Tax Credit obtained from the CGST, SGST, and IGST taxation system to pay separate taxes in a particular way.

The ITC has the assumption that only worth additions at various points can be assessed. This essentially excludes the taxation’s cost cascading consequence. Therefore, the input tax credit (ITC) is the very basic building block of the GST management and one of the GST framework’s primary sources.

Explain the phrase the Reversal of Input Tax Credit

The object of credit reversal under GST is the same as it is under the current tax system. In plain English words, credit reversal pertains to the Reversal of an earlier conferred credit.

Demand for ITC when GST is Calculated on Reverse Charge

The service consumer can claim Input Tax Credit on the tax balance paid under reverse charge on goods and services. The only GST ITC law is that the products and services must be used or benefited by the company or organization which is taking part in the transactions.

In the event that the composite distributor is dependent upon the reverse charge system, the person would be ineligible to get any ITC.

The concerned authorities would collect the tax at the ordinary rates, not the composition rates.

It is feasible to make it beneficial; tax credit for capital products can be adjusted with one installment.

On the off chance that the individual has declared depreciation under the Income Tax cat pertaining to the GST section, an input tax credit for the part included for taxation of capital products isn’t allowed.

An individual may request deterioration on the expense bit or take a GST input tax credit on the capital products in different terms.

In the event that an available individual purchases capital products on which an ITC was asserted, the concerned taxpayer is fitted to meet GST needs at a higher rate from the accompanying sources:

When refractory bricks, moulds and dies, jigs and fixtures are sold as waste, the taxable individual may be required to pay tax on the transaction value of the product.

Refund of Input Tax Credit under GST comes in three patterns, i.e., there are three possible scenarios in which a taxpayer has deemed fit to demand the ITC refund in their electronic credit/cash ledger.

The three circumstances in which taxpayers will seek an ITC-refund are as follows.

When tax is charged on a reverse charge basis, the taxpayer may claim an input tax credit in the same month as the bill, providing the following requirements are met:

What is the course of action or the recovery mechanism for wrongly claimed Credit by a taxpayer?

The concerned authorities would recover the wrongly availed Credit from the registered taxable person as per the guidelines mentioned in section 73 and 74 of the CGST Act.

To claim or refund the Credit of ITC, a registered person has to mandatorily file the return under section 39 of the Income Tax Act.

In a situation where the depreciation is asserted on the tax portion, claiming ITC would be ineligible.

In case a particular registered taxpayer has asked for depreciation to be implemented on the price of capital goods under the guideline’s ad mentioned in the Income Tax Act of 1961, the ITC claim on the part that is considered for taxation would be denied.

Consequently, we may conclude that the government would not permit any taxpayer with a double profit on the tax elements.

According to the rules laid down by the government, a taxpayer cannot demand both depreciation and ITC under GST law to be calculated on a segment included for taxation.

No taxpayer can avail both the options as mentioned earlier simultaneously.