Donations Eligible Under Section 80G: For promoting the concept of charity towards the poor and needy, the government of India has been regularly encouraging citizens to donate, and this donation could also be claimed as a deduction under Section 80G.

There are many government organisations, including NGO’s which are working for the upliftment of the poor, and one can choose to make donations to these designated organisations, which will, in turn, ensure that the money is being used for the right purposes.

What is the Mode of Payment?

The deduction could be claimed only if the contribution has been made through a cheque, draft or in cash. However, the deduction is not allowed for donations that are made in cash exceeding the amount of Rs 10,000.

In-kind contributions like food, material, clothes, medicines, etc., don’t qualify for deduction under section 80G. From Financial Year 2017-2018 onwards: Any donations made in cash exceeding the amount of Rs 2,000 will not be permitted as a deduction.

The donations above the amount of Rs 2,000 must be made in any mode apart from cash to qualify as a deduction under section 80G. Donation Amount: The different donations specified in section 80G are eligible to determine up to either 100% or 50% with or without any restriction, as provided in section 80G.

Conditions for Claiming the Deduction for Donation under the Section 80G

Donations made are eligible for claiming as a deduction under Section 80G in all cases except in cases when the donation has been made of any kind (e.g., food, clothes, medicine etc.). For claiming this deduction, the donor also has to provide proof of payment. A receipt that is stamped is issued by the recipient trust in this regard. Details of that should be mentioned by the taxpayer when filing their Income Tax Return.

The receipt should surely mention the following details

How to Claim for the Deduction?

To claim the deduction, the following details need to be submitted in one’s Income Tax Return

Donations that are Eligible for 100% Deduction Without any Qualifying Limit

Donations that are Eligible for 50% Deduction Without any Qualifying Limit

Claiming Deduction under the Section 80G in Form 16

When paying salary to an employee, the employer needs to deduct the TDS on the employee’s salary and then pay salary after deducting income tax. The amount reduced as TDS by the employer is reflected in Form 16.

For the computation of the income tax, deductions claimed by the employee under the various sections of the income tax act must be informed to the employer. However, if an employee is claiming deduction under section 80G, the benefit of this deduction could only be claimed through the employer if the donation is made only to the funds whose names have been mentioned above (i.e., all funds deductions from which it is allowed without any maximum limit)

If the donation is made to funds that have a maximum limit of 10% of Gross Total Income, reductions in such cases can’t be claimed by the employer. Deductions for these donations can only be claimed during the time of filing income tax returns.

An employee has paid for a donation from their salary, and the amount has been deducted from their salary by the employer. Deduction under section 80G could still be claimed. In such scenarios, although the donation receipt is in the employer’s name, the employer will have to issue a certificate stating that the contribution had been made from the employee’s salary account. 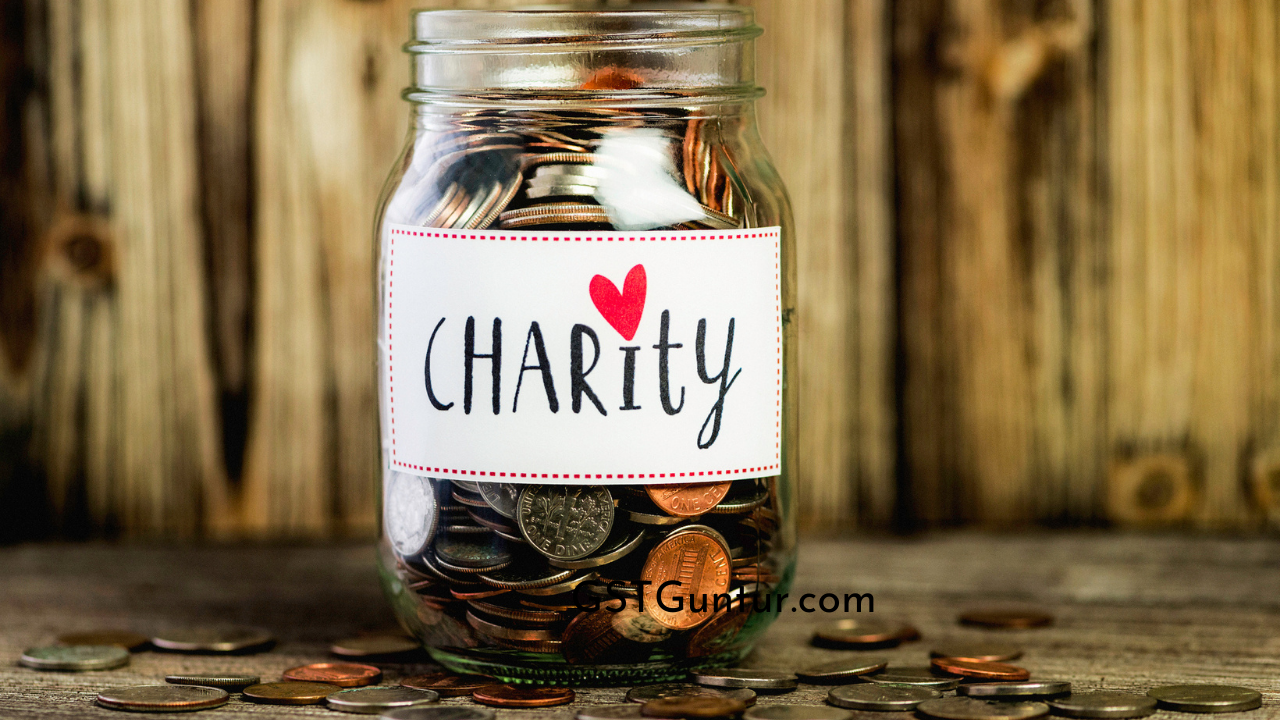 Donation Made to any Institution or Fund

Donation made to any institution or fund is allowed only if it is established in India for a charitable purpose and fulfills the stated condition.

where the fund or institution derives any income, such income wouldn’t be liable to be inclusive in its total income under provisions of sections 11 and 12 or the clause (23AA) of the clause (23C) of section 10:

given that where a fund or institution derives any income, be it profits and gains of business, the condition which such income wouldn’t be liable to inclusion in the total income under the provisions of section 11 might not apply concerning such income, in case —

the institutions or funds are not expressed to be for the benefit of any specific religious community. However, a fund or institution incurring expenditure, during any of the former years, which is of a religious nature for any amount not exceeding five percent of its total income in that last year should be considered to be a fund or institution to which the provisions of this section apply to.

the fund or institution maintains regular accounts of all the receipts and expenditure;

the fund or institution is either constituted as a charitable public trust or has been registered under the Societies Registration Act, from the year 1860 (21 of 1860), or under any law, simultaneously to that Act in force in any part of the subcontinent or under the section 25 of Companies Act, of the year 1956 (1 of 1956), or is a University that has been established by law, or is any other educational institution that can be by the Government or by a University established by the law, or affiliated to any University established by the law, or is an institution financed wholly or in part by the Government or local authority;

concerning donations made after the 31st day of March 1992, the institution or fund is for the time being approved by the Commissioner following the rules made on this behalf; and

A deduction to which the entity is entitled in respect of any of the donations that have been made to a fund or institution to which the sub-section (5) applies should not be denied purely on either or both of the stated grounds, namely: