Divorce Process: Divorce is a legal procedure of ending a marriage or matrimonial union. Divorce usually involves the cancelling or restructuring of a marriage’s legal responsibilities and duties under the rule of law of a particular country or state. A divorce is a legal action between married people to end their marriage before the spouse’s death. Divorce laws differ considerably around the world, but in most nations, divorce requires the sanction of a court or other authority in a legal process, which may involve issues of distribution of property, alimony (spousal support), child custody, child visiting/access, child support, parenting time, and division of debt. In most nations, the law expects monogamy, so divorce enables each ex-partner to marry another. It takes a minimum of six months for mutually consented divorce; however, for contested divorces, the total duration of the process could extend from 2-5 years, case-specific.

Divorce is the adjournment of marriage constitutionally. In India, marriage and divorce come under personal matters, and the laws are based on customs and rights of different religions discussed below. There are three significant factors to be classified at the time of divorce: 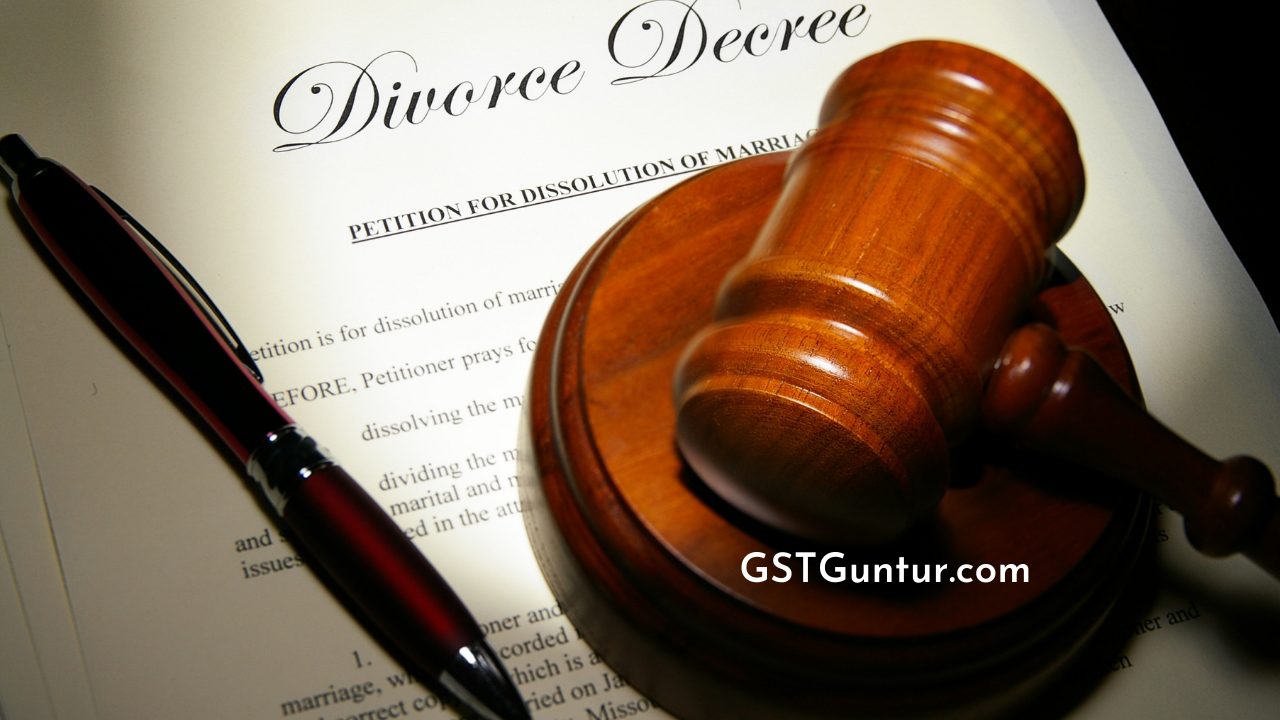 In some areas, the courts will surprisingly apply principles of fault but might voluntarily hold a party responsible for a breach of fiduciary responsibility to his or her spouse. A judge must order a divorce by a court of law to come into force. The courts generally set the divorce terms, though they may take into account prenuptial contracts or post-nuptial contracts or simply approve terms that the spouses may have consented to privately.

The Indian Divorce system can be divided into two separate divisions.

The legal method in India is considerably repulsive, lengthy and costly. A couple can control their legal expenses if they mutually handle a financial settlement.

In India, marriage and dissolution of marriage come under personal matters, and the laws are based on customs and rights of different religions such as – The Hindu Marriage Act, 1955 rules for the Hindus, Sikhs, Jains and Buddhists.  For the Muslim community, the dissolution of Muslim Marriages Act, 1939. The Parsis are administered by the Parsi Marriage and Divorce Act, 1936. The Christians are governed by the Indian Divorce Act, 1869 and all the inter-community and civil marriages are governed by the Special Marriage Act from the year 1956. Due to the presence of different religious convictions in India, the Indian Judiciary has implemented laws distinctly for couples belonging to different religions. The mutual consent divorce procedure is slightly more effortless and fast, while the contested divorce method takes longer and depends on the religions of the partners.

Cost to Get a Divorce

The Court fees for listing a divorce are cheap; the cost is essentially in the expenses you pay your attorney. Lawyers tend to credit charges for arriving in court and doing any other work. Depending on how profoundly it works, therefore, it may cost anywhere from the low ten thousand to lakhs of rupees. One can hire lawyers walking around the premises of any family court who assure a win-win situation for a lump-sum amount of money. Such advocates usually trick the clients. Different lawyers in different cities have separate fees according to their High Court or Civil Court practice. For hearings related to the Supreme court, the fee increase is proportional.

In a divorce petition, the parties are asked to submit the following documentary proofs:

The personal law associated with marriage and divorce is manifested properly in India with adequate legislation and case laws on the matter. However, these laws need to evolve with the changing society, and the family courts of India have done an exceptional job in identifying the same.